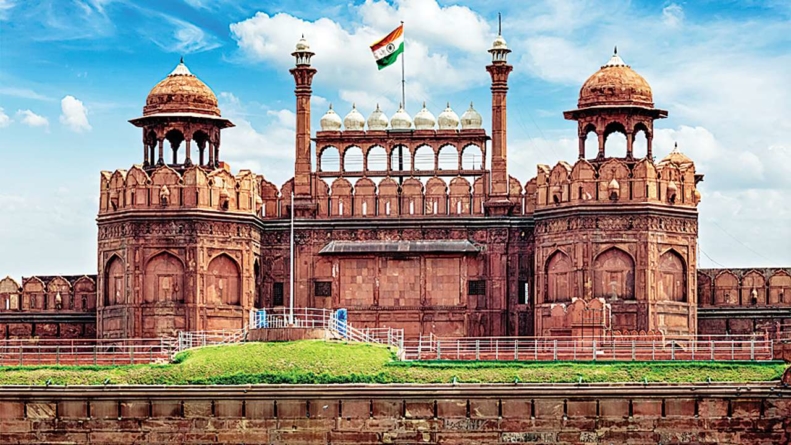 The Red Fort, one of the splendid and well-structured monuments in the world. The Indian Prime Minister hoists the national flag at the Red Fort and also gave a speech from the parapets. The popular destination in Delhi is also a renowned tourist spot in the state. The fort has a charming magnetism.

A historic fort in the capital state of India was once the residence of the Mughal emperors around 200 years before till the year 1856. It is positioned at the center of Delhi.

The Red Fort was built by the 5th Mughal King named Shah Jahan as the palace of his equipped capital Shahjahanabad. The fort is named for its huge encircled red walls made up of Red sandstone adjoining an ancient fort Salimgarh fort which was constructed by Islam Shah Suri. This incredible fort comprises a row of buildings interconnected with the small water channels renowned as the “Nahr-i-Bihisht” signifies the Stream of Paradise. The fort is established according to the Islamic patterns, each of the building depicts the essence of Mughals touch in it. That building reflects the Persian culture touch.

In 1747, the artwork and jewels of the fort were looted of in the period of Nadir Shah’s conquest of the Mughal Empire. A large amount of the fort’s exquisite marble structures were consequently demolished by the Britishers resulting the Revolt of 1857 the fort’s defensive walls were essentially safe, and the fort was later used as a military base. The Fort was likewise the place where the British put the former Mughal Emperor on provisional before banishing him to Yangon in 1858.

The Lahori Gate is the main gate to the Red Fort, named for its orientation towards the city of Lahore. On occasion of Independence Day, the national flag has flown and the Prime Minister of India has made a speech from its ramparts.

The Delhi Gate is the southern public gate it is similar to the Lahori Gate.

A nearby market to Lahori gate is Chhatta Chowk. During the Mughal period the household products, silk clothe and jewelry sold in that period. It is an open space market where north and South Street over cross each other.

A hall for private audience designed with white shine marble and precious stones. During the 17th century, it was crowned with peacock throne by Francois Bernier. There is an inscription by a famous poet Amir Khusrow at the outer walls of the hall.

Indian Government very concern about the security of “Red Fort”, On the occasion of  Indian Independence Day, Delhi and central government arrange High security in which involves   Delhi Police, paramilitary personnel, National Security Guard, SPG, and Army sharpshooters.
The airspace around the Red Fort is a designated no-fly zone during the celebration to prevent any air attacks