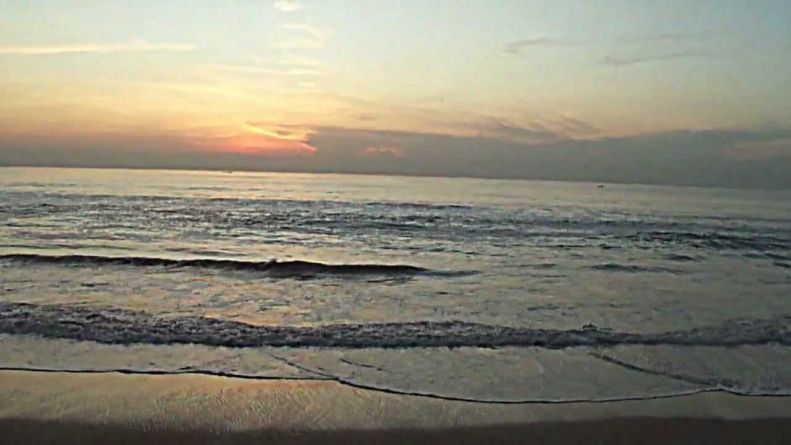 The  Elliott Beach also recognized as “Basant Nagar Beach”, Chennai the capital of Tamil Nadu. This Marina creates the last point of beach shore and named after Edward Elliott. Once the British Superintendent of Madras, governor of Madras and the governor of Chennai.  Encircled with the Velankanni Church and the Ashtalakshmi Kovil. Chennai the most beautiful beach in the city located on the south side of Marina Beach, there an incredibly quiet and quiet place, an ideal place for a long walk. Apart from this, the site perfect for those who want to soak their feet in the sea water splattered and completely lost in nature’s arms.

Elliot Beach quite famous among tourists and native residents of the state. In colonial times, limited to white people. Popular with local college students and families. A police checkpoint on the beach and the crowd managed through all-terrain vehicles (ATV) to prevent the drowning. In 2010, many people got drowned on the coast, given the government approving two more ATVs next year.

The seafront of Elliot Beach often visited by travelers to sunbathe, relax and go to the famous ancient monuments. Usually less crowded than the famous Marina Beach and therefore, Preferred by travelers. During the evening hours, anyone can spot different youth who roam on the beach because of this beach far from the life of the metropolitan city.

On the south side of Marina Beach, Elliott’s beach one of the safest beaches of Chennai, in fact, throughout South India. Among the inhabitants is also known as ‘Besai’, a famous place to relax and soak in the sun. However, a series of exciting water sports for which Chennai known is not provided here on the beach. A distinctive kind of fun to be here, the fun that relaxes the mind and restores the soul. By sitting along Elliot Beach, one can immerse yourself in the surrounding natural beauty and see the endless sky and sea.

Elliot Beach one of the most important destinations because it provides its visitors with many types of restaurants, along with many types of fast food centers. You can taste the splendid and attractive South Indian snacks and can cure your taste buds at just a few yards away of the sandy beach, you will find some famous restaurants, including Ponnuswamy Restaurant, Curacudi Restaurant, Lee’s Chinese Restaurant, and New Shangri-La La includes. A Malaysian Restaurant. No wonder, these days, it has become one of the best hangouts for the younger generation, as well as foreigners who are looking for some quiet and stomach upturn.

Karl Schmidt Memorial an important milestone on this beach, named after Carl Schmidt Memorial, named after the Dutch navigator who lost his life saving the drowning swimmer. The beach of Elliot one of Chennai’s most clean beaches in the city. A very quiet and quiet place located on the south side of Marina Beach, it does not offer much activity, so there an ideal place for a long walk. The Beach quite popular among tourists and native residents of the state.

This temple is about 20 years old and is full of modern style architecture. It is quite unique in appearance and is completely different from other temples of southern India. This goddess is associated with eight manifestations of Mahalakshmi.

Located in the vicinity of the beach, it is believed that it has been built in honor of the woman of health, which is also famous as the Velankanni’s Madonna. Lady of Health is considered to be the holder of miraculous powers. Other interactions include Tombakai Azhar (Ganesh), Guruvayurappan, Chirathajvar and Narasimhar (on both sides of the same statue), the temple of Anjaneyar and Dhanvantri.

Some famous restaurants near the beach include the Ponnuswamy Restaurant, Karaikudi Restaurant, Lee’s Chinese Restaurant, and a Malaysian Restaurant New Shangri-La.

The Best Time to Visit

The winter months in Chennai run from November to February. These months work as a perfect time to travel to the beach of Elliot, because the fresh air and heat of the sea make for the right combination. Here the summer and rainy season are made from scorching heat and humidity and hence it is not liked by travelers.

The beach is located 60 km from Chennai. Connected to the main city through all the means of transport. Bus services also significant in this area.