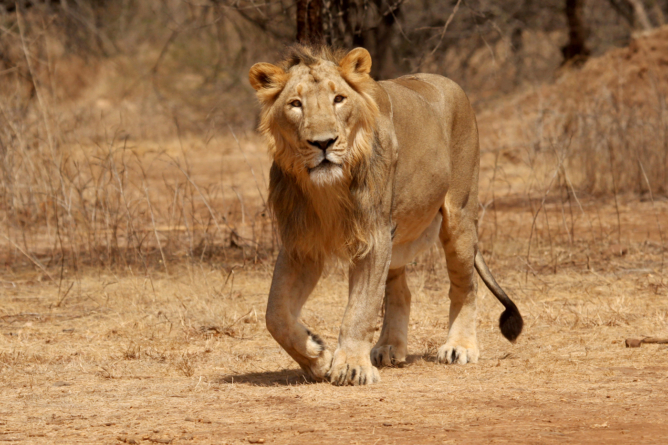 Gujrat is one of the most vivacious coastal states of India, located at the country’s western coast rich in history, crafts, and natural beauty. The place originates its name from ‘Gujaratta’ meaning the land of Gurjars who passed through Punjab and settled in some parts of Western India. Lord Krishna evacuated Mathura and settled his new capital on the west coast of Saurashtra at Dwarka. Gujarat is surrounded by the Arabian Sea on the west, Pakistan, and Rajasthan in the north and northeast respectively, Madhya Pradesh in the southeast and Maharashtra in the south.

India’s longest coastline, World’s largest white desert, and shore temples, the habitat of Asiatic lions, countries first marine national park, ancient Buddhist caves, Harappan citadels more than 4,000 years old and handicrafts and handlooms trail. Sounding like a tourist paradise? Gujarat has all the reasons on this earth to be on every traveler bucket list. Culture, heritage and nature blend together to form the western Indian, Gujarat, home of nature and history. The cultural abode of tourists, the strength of Gujarat lies in its diversity and fascinating way of life.

Gujarat adjoins Pakistan to the north-west, the Arabian Sea to the south-west, Rajasthan to the north, Maharashtra to the south, Madhya Pradesh to the east, it is the seventh largest state of India by area. The state is a fusion of diverse cultures and traditions, depicting the customs of real India. From heritage tourism in the form of the forts, step wells, mansions to the eco-tourism places like waterfalls, deserts, jungles, Gujarat is an enchanting center of India. Gujarat is as ironic in attractions as it is in magnificent symbolism. The celebrations and cultural potpourri brought by various festivals, one could not ask more from tours to Gujarat during this time. Gujarat raises up so many vibrant images and really lives up to that.

Gujarat is parted into different areas built on geographical, cultural or historical criteria- an industrial corridor successively from north to south, a peninsula known as the Saurashtra and Kutch, which is somewhat a desert and to some extent a marshland. Gujarat’s long coastline has tempted many foreign invaders and seafarers through the ages for trade purpose. Arabs, Portuguese, Dutch as well as Parsis fleeing their native Iran, have left their mark on Gujarat’s culture.

From heritage to waterfalls to Ayurveda to adventure, Gujarat’s vivacious outlook and cultural diversity attract millions of visitors throughout the year. With a gorgeous blend of tradition and modern tactic, Gujarat is a great emission for the holiday season.

Gujarat is a prevalent tourist place for people from all over the world being one of the major states in India. Its fascinating scenic beauty, historical monuments, remains of ancient civilizations, and charming beaches cast a spell that is hard to break. It is also one of the only places to have a glimpse of Asiatic lions, free from confinement and in their natural habitat, at Gir National Park. Apart from the travelers visiting Gujarat also get to enjoy the unique folk dances and absolutely lip–smacking dishes of the state, famed the world all over.

The Government advised the large geographical area of Sasan Gir as the wildlife sanctuary on 18th September 1965 in order to protect the Asiatic Lion. Moreover, Africa, Gir National Park in Gujarat is the only place in the world where you can spot lions wandering free in the wild. The discovery channel of India has located about 65 Km South East of Junagarh District. The core area of the national park is 258 km, however, it is spread in the area of 1412 km.  The hunting of lions by the people of Junagarh led to their reduction in population significantly, although they were entirely eradicated out from the other parts of Asia. The efforts of Nawabs of Junagarh who safe the queen royalty in his own hunting grounds. There are 201 female, 106 male, and 213 sub-adult lions in the wilds of these four districts.

One of the holiest of the 12 Jyotirlingas of Lord Shiva, Somnath Temple is not just a spiritual site. The temple is also a thing of amazement, as it is on the shores of the rough Arabian Sea. It has been devastated and reconstructed numerous time, once by Ravana in silver, once by Lord Soma in gold, once by King Bhimdev in stone and once by Krishna in wood. It attracts millions of devotees to come over and see the Lord’s blessing built on the stone edifice.

A mesmerizing wonder of sand and salt settled contentedly among the Thar Desert and the mighty Arabian Sea. It is perhaps the utmost attractive thing you will ever lay eyes on. The desert shines brightly as a diamond and brings an unreal sense of calm with it on full moon nights. Cultural programs are held on full moon nights, tents are pitched and the wondrous land is yours for the night. Truly one of the most mesmerizingly beautiful places to see in Gujarat.

Rann of Kutch is home to the flamingoes, here all the way from Siberia throughout winters, the white desert turns a subtle shade of pink, and carries with it the chance to enjoy vicinity to these mysterious birds and many others. But Rann Mahotsav is the best time to visit Gujarat, with Rann of Kutch coming alive with music, dances, food, cultural shows, camel safari and artisans flaunting their ware.

During the monsoon season, it is entirely submerged in water and visitors might return home crestfallen.

Ahmedabad is perhaps the first place you visit in the state, for a look at some of the finest tourist places is the biggest city in Gujarat. The city soaked in culture and with an ironic heritage, making it a must visit for people from all over the world. Prominent attractions comprise of Akshardham Temple Complex, Sabarmati Ashram, and Kankaria Lake. If you arrive during this amazing one-day fest, the International Kite Festival is a must see. The sky filled up with kites, from huge to tiny, from simple to the most complex and unusual ones, and from the bland ones to the multi-colored colored ones.

Also, Ahmedabad is undoubtedly the finest place to enjoy a delightful Gujarati meal, full of all the Khakhra, Dhokla, fry chilies, and Fafda that you can find.

Gujarat’s only hill station, Saputara arises as an essence of fresh air follows with hot and humid climate of the state.  Saputara is a scorching new tourist destination, with a massive lake bounded by resorts with sprawling stunningly on a thickly woody highland. Monsoon is the best period to visit when haze rises out of the lake and covers the entire area, hence it doesn’t very cold there. Attractions in Saputara includes an artisan village, a tribal museum, boat club, and cable car One of the flawless places to visit in Gujarat if you are considering to relax for a little while on an otherwise hectic trip.

Built by Maharaja Sayajirao Gaekwad III, Laxmi Vilas Palace was the largest private dwelling unit in the world Back when was. Covers an area of more than 700 acres along with houses several other buildings such as the Maharaja Fateh Singh Museum and the Moti Baug Palace. , It is the collection of monuments and armory in marble, terracotta, and bronze that are spread across the palace are worth a look. It is open to the public for visits and is one of the most famous tourist places in Gujarat, although it is still the residence of the royal family of Vadodara.

Ranchhodrai, as Lord Krishna is warmly called in Gujarat, came to Dwarka from Mathura to build his new kingdom, the mesmerizing kingdom of Lord Krishna where he would later spend a significant part of his life. Millions of pilgrims and historical scholars have come here over the centuries.

It is said that immediately after the death of Lord Krishna and the resulting demise of the Yadav dynasty a massive flood swallowed all of Dwarka and submerged the city of gold to the bottom of the ocean. However, current diggings give us cause to think this myth has a historical basis, as most myths do.

Bhuj is also a foremost tourist attraction of Gujarat. The city can trace its origins back to the early 16th century when it was a sovereign state. The city is well-known for being home to ancient monuments, such as the Cenotaphs Complex that houses tombs of the royal family. Other places of interest in Bhuj comprise the Prag Mahal, a splendid palace, and the Aina Mahal Palace, a wonderful creation with the interiors enclosed in mirrors.

The Kutch Museum is also worth a visit, along with Hamirsar Lake. An ancient Shiva Temple in Kera is another place to visit in Bhuj.

Referred as “Jewel of Western India” lies in the western coastline state of India, Gujarati food is renowned here. However, the long seashore offers a wide variety of seafood though the influence of Jain culture makes the region primarily vegetarian. Cuisines of Gujrat are diverse and lip-smacking but also healthy. A complete Gujrat thali includes rotli, Kadhi or dal, rice, and shaak/sabzi. Served in a silver platter is a tradition. Most of the people in Gujrat use a different combination of spices and flavors to cook which akes the food exotic. Many of the dishes in Gujrat are sweet. Use of sugar is high in dishes. Some o the renowned dishes are khakhra, Fafda, Khaman Dhokla   Khandvi, Gujrati samosa, Undhiyu, Aam Shrikhand with Mango Salad, Bardoli ki Khichdi, Gujarati Kadhi , methi ka thepla, dal dhokli, handvo and many more.

A decent railroad organizes associates the state inside as well as connections every single prime city of Gujarat to rest of the nation.

A great system of streets, state and national roadways associates Ahmedabad, the capital city to the distinctive imperative places in the province of Gujarat and the real urban areas of India. The Gujarat State Transport Corporation, Gujarat Tourism, and private administrators work standard transports to all the real goals of the state from the greater part of the bigger urban areas.

There are different methods for open transport in Gujarat. Nearby transports kept running by the State transport associate every single real city of Gujarat and offer an agreeable adventure at ostensible passages.  For shorter separations, cycle rickshaws are likewise accessible.