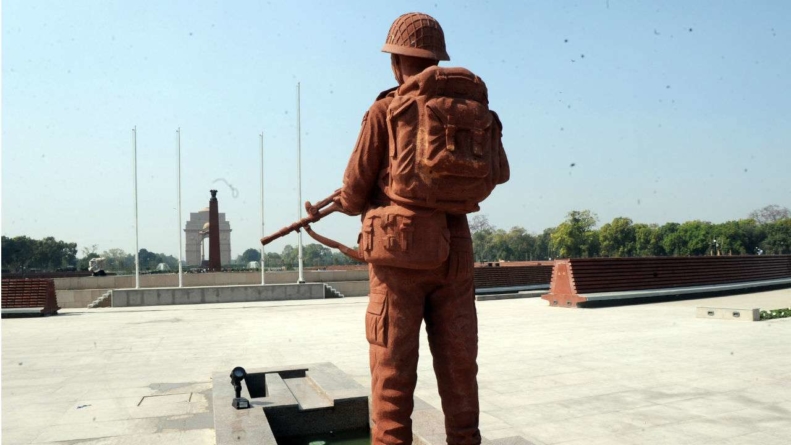 Also, a war museum proposed to be constructed in the adjacent park named Princess Park. It lies in the North of India Gate covers an area of 14 acres. Earlier, The accommodation constructed in the park built during the world war II for themed-level armed forces soldiers posted in New Delhi headquarters. Thus, Both the proposed museum and war memorial being connected by a subway. Although, The construction cost of both War Memorial and Museum predictable to 500 crores.

In the month of April 2017, a worldwide design competition held and the winner of the competition, the Chennai based architects – WeBe Designs Lab. They won because of the amazing conceptualization of the architectural structure and the proposed coordination in the construction of the project.  The architect who designed the project of National War Memorial to name Ar. Yogesh Chandrahasan.  Therefore, the entire perception centered on a thought that the war memorial should be a place where we do not mourn the death, but rejoice the lives of the soldiers and admire and respect for their sacrifices.

Though, The National War Memorial and the Museum selected as a distinctive project. Hence, The timely execution of the project allotted to a project division specially assigned under the supervision of the Defence Ministry.  The work also hands over to the military engineer services.

National War Museum now a part of the HOHO Bus. Also called Hop On Hop Off Bus includes as one of the tourist’s Attractions. One can board the buses from HOHO Infomation Centre, Baba Kharak Singh Marg, Connaught Place, New Delhi.  Metro connected to around the city. The nearest metro station includes central secretariat, Pragati Maidan, Mandi house, and Janpath.