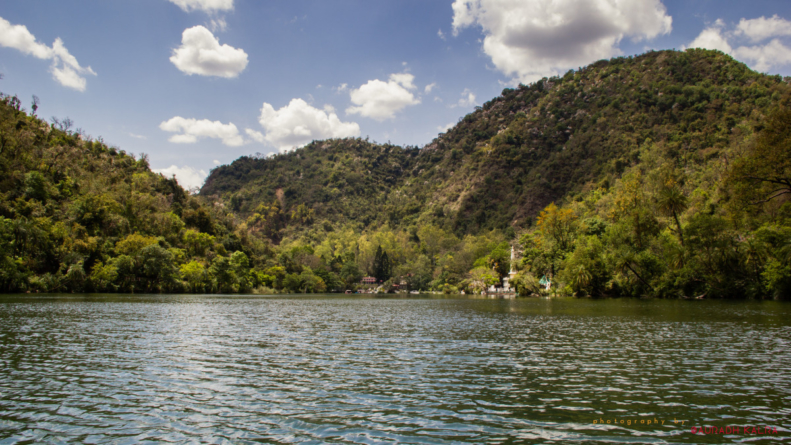 Nahan a picturesque place bounded by lush green forests and snow-topped mountains settled on the Shivalik hills of Himachal. A well-known region for its dust free streets, saints and home for a princess associated with the city. A little town in Himachal renowned for Indian Army Special Forces training school and its calm lifestyles, temples, and gardens.

Secluded from the noise of the city, for adventure lovers Nahan a perfect destination to explore. The beauty of this pleasing town as expressive as a poetry in its charm.

Earlier the capital of princely state Sirmaur under the British Raj. The city established by Raja Karan Prakash and he’s the one who started the tradition of kite flying on the occasion of Raksha Bandhan festival. The city gets its title from a saint named “Nahar” which simply means “Don’t Kill”. Nahan the name divided into two “na” and “han” which means “Invincible”. Nahan, numerous tales of legends spun around. Believed that one day Raja Karan Prakash went hunting a lion and then the Saint stopped him by saying (Nahar).

Being an underprivileged city that created an exclusive position in Himachal’s tourist destination. To one side from the exquisite places and magnetism in Nahan an attractive backdrop to fascinate any traveler with its unexplored forests and way too amusing locations. Nahan an idyllic place to visit as close by plenty of tourist attractions around the place including Renukaji Lake, Paonta Sahib, Trilokpur temple and the Suketi Fossil Park. Temples like Miyan Mandir, Nainidhar Shiv Mandir, Kalisthan Temple, and Jagannath Temple primary allures for visitors or worshippers.

Paonta Sahib a holy place built in the memory of Guru Gobind Singh Ji nearby Nahan. The city gets its name for two major reasons one that he set his foot on this place and other that he lost his ornament while bathing in river Yamuna flows next to the shrine. The major portion of Dassam Granth written by Guru Gobind Singh.

The gurudwara an historical and spiritual importance to all the Sikhs across the world. Its palki being donated by one of the bhakta (devotee) is made of pure gold. The gurudwara also comprises of a museum which displays antiques and weapons used by guru Gobind Singh.

A trivial mountainous charming place in Himachal, the shrine a renowned religious center for Sikh and all across the globe. Believed that the saint lived here for about four years and enjoyed the pleasing surroundings, wild forests and writing poetry. One can enjoy the serene landscapes, evergreen trees and soothing climate around the shrine. There a large darbar inside the shrine complex where Guruji used to sit with 52 poets.

Renuka Lake and sanctuary one of the most beautiful lakes in the state the name of the lake came from the wife of Rishi Jamadagni. One day he got upset with his wife and ordered his son to put her to death. The son Lord Parshuram did as his father said, which makes the Rishi happy and he asked his son for a wish. Then Lord Parshuram asks for his mother’s life. Each year a festival is celebrated for the reunion of mother and son. Sanctuary claims of an ironic reserve of vivacious flora and fauna, making it a significant habitation to visit in Nahan, Himachal Pradesh. The number of animals in the sanctuary include leopard, spotted deer, sambar, jungle cat, and civet. The oldest zoo in Himachal Pradesh.

Ranital a calm serene place in Nahan a magnificent place to explore with an adjoining garden for a picnic. Though a small temple of Devi Lata adds a charm to the place.  A small cave which led to the king’s palace.  Believed that the queen used to wander at the lake.

The lake has an abundance of diverse species of fishes. There a fountain inside the garden which enhances the exquisiteness of the place. Turtles in the lake and one can feed turtles and fishes. A small cave built near the lake which ended at the King’s Palace.  Said that the queen used to take bath in the pond. The reason the pond got the name, Ranital. A small temple nearby dedicated to Goddess Lata Devi. Lord Shiva statue can be found at the edge of the pond.

Jagannath temple also called Raja Budh Prakash, the temple one of the key magnetism resembles the one present in Puri, Orissa. Each year, there is a festival called Bawan Dwadashi where 52 idols of local gods taken to the temple in a parade and submerged in the pond.

Jagannath Temple was built by Raja Budh Prakash in 1681, like the one in Puri Temple in terms of design. The shrine consist a statue of Lord Neel Mahadev, who is supposed to have come to see Raja Budh Prakash.

Jammu peak one of the paramount places to visit in Nahan Lake Renuka, located at a distance of around 8 km from the peak if you observing for some peace and quiet. There is a temple here dedicated to sage Jamadagni who once mediated here but the true beauty of the place the pleasing view that can be perceived from the spot.

Travelers may witness a number of fairs and festivals in this place, which organized around the year. Nahan relishes diverse local fests and mela includes Bawan Dwadashi which is celebrated at the end of monsoon season when fifty-two idols of the gods carried at Trilokpur at the temple of the goddess Bala Sundari, where they floated majestically in a pond and resorted at midnight. Guuga Peer celebrated to honor the warriors of the city and Gogaji Jamta is celebrated by the locals before Dussehra.

A pleasing weather throughout the year makes Nahan a perfect destination to relieve your worries. Summers hot but pleasant too and winters cool and freezing. Sometimes it rains during winters. For trekking, one must visit in autumn season

One can reach via air and can further hire taxi or cab. Although nearest the Chandigarh airport although Shimla airport also too viable as it’s not too far.

The railway stations nearby to the city of Nahan are Ambala, Kalka, Chandigarh, and Barara.  All stations well connected through bus services.

Buses and taxis available to travelers at reasonable rates. There are various options for people taking the road from other places by road. These directions include ways via Solan, via Kala-Amb and so on.