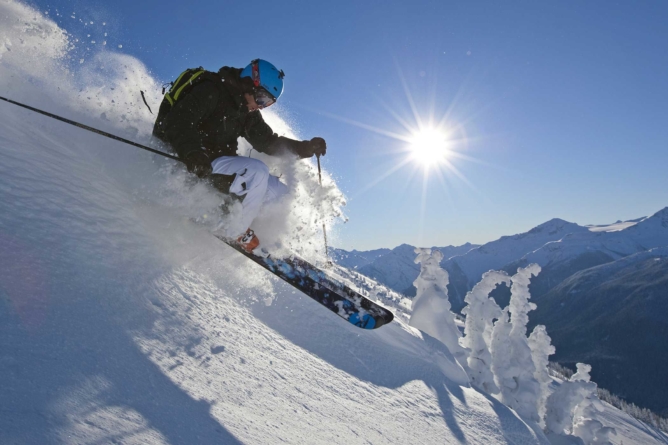 The ski destination in the district of Chamoli in the peaks of Himalaya in Uttarakhand. This beautiful town also renowned as Auli Bugyal in the Garhwali language which signifies “Meadow”. Nestled at the height of 2500 meters above the sea level. A major tourist attraction lies in Uttarakhand lies in the way of Badrinath, a Hindu spiritual shrine. Enclosed by oak forests along with a picturesque view of lofty mountain peaks of Himalayas.  The GMVNL – Garhwal Mandal Vikas Nigam limited a state government organization and the tourist department of Uttarakhand encourage skiing competitions in the town. Comprises of a four-kilometer cable car, a ski lift and a chairlift with the mountain trek.

A small Hindu shrine also associated with the prehistoric Hindu epic Ramayana is there. Along with the skiing, one can also relish the ample beautiful treks in the Garhwal valleys covered with the snow covered peaks. Auli is a famous hill station lies in the Himalayan range since 8th Century AD.

Auli is a renowned destination for skiing in India as it has sparkling hills and pure atmosphere. Apple orchards, oaks and deodars can be spotted here. Auli is a famous town with several ski resorts located in the middle of the Himalayan range. A home to lofty mountain peaks of Kamat Kamet, Nanda Devi, and Mana Parvat. Several pilgrimage spots encircled around Auli. It is believed that Shankaracharya visited Auli and bestow the town with positivity.

Get ready to put your feet into skiing boots, fasten the clamps on to the skis and let the magnetism of snow do the work. Run down towards the twisty snow valleys with leaving behind the snow white powder.

Auli an ideal place for skiing, every year thousands of visitors come to relish the snow-covered peaks, oak forests and beautiful shrines. These skiing slopes once were the training ground for the military forces declared as the finest and best-rated skiing ground by the Austrian and French experts. Summer season comprised with the mountain biking and trekking. A renowned Gorson Reserve forest which is a part of Nanda Devi National Park is home to some wild creatures such as snow leopard, Wild boar, Jackal, Hyena and Many more. Countless exquisite views also are seen around. The altitude of the snow covered peaks, along with the added benefit of crushed snow are enticing ample to charm the excitement of the skier.  From the month of January to April, the slopes of Auli are surrounded with a thick layer of snow around 3 meters deep.

The area offers massive opportunities for adventure sports like skiing and exciting water sports in Auli. It makes the town an ideal place for adventure. It is a ski touring and ethnic bliss.  One can relish skiing on the hills of Auli which offers thrills to expert skier. Another mode, which is fairly famous in Auli, a cable car service that is about 3 kilometers. Followed by the lofty hills, it is totally impossible to avoid the confined beauty of the alpine forest and stunning climate.

For winter skiing, Auli is known in the world with attractive slopes. January to March is the best time to try adventure sports. The slopes are located along Deodar and Oak forests. The snow-covered trees help to bring down the velocity of cold winds.

Those who are enthusiastic for winter play, they will be thrilled on many slopes to try according to your skill. To make the game exciting, Auli is equipped with skiing center facilities. There are options for a foot chair lift and a ski lift. There are two international standard ski lifts for skiers, which take them to the high slope. They take you to the top of the peak. Above the powerful peaks of Nanda Devi, man Parvat and Kamat shine with the rays of the sun.

Slopes of Auli considered to be the world’s best skiing place. Skiers come from all over the world. There are four ski slopes in Auli:

Auli is a place where both summer and winter seasons can be relished. Hence, an ideal time to visit Auli from the month of April to June or from the month of October to February. Adventure lovers can enjoy the best time in Auli is certainly the winters. By the starting of November and lasting till the March, winters shield the peaks of Auli with ample snow. Mainly January is the month highly appropriate for skiing. During January, Auli gets maximum snowfall and continues till the last of March. Skiing festivals and championships all over the city in the month of January.

The best way to reach Auli is to take an overnight trip, get a bus from Delhi to Rishikesh.

From the Rishikesh city, one can either hire a private taxi for Auli which takes around 9 hours to reach.  Opt a shared taxi for Joshimath which takes around 8 hours. The second route that would be appropriate is to hire a commercial shared taxi to Joshimath. Hop into the longest cable car in India from Joshimath to Auli town. The cable car is 16 kilometers in length and takes approximately 22 minutes along with a view of breath-taking valleys from the Garhwal range.

Note that cab and bus operators don’t drive on the roads after sunset between the Rishikesh and Joshimath route, Some of them might agree for that but it is risky to drive as the roads are still in maintenance and landslides occurrence.

Most of the passengers hire a taxi from Badrinath to Auli. The nearest airport in Dehradun is Jolly Grant Airport.