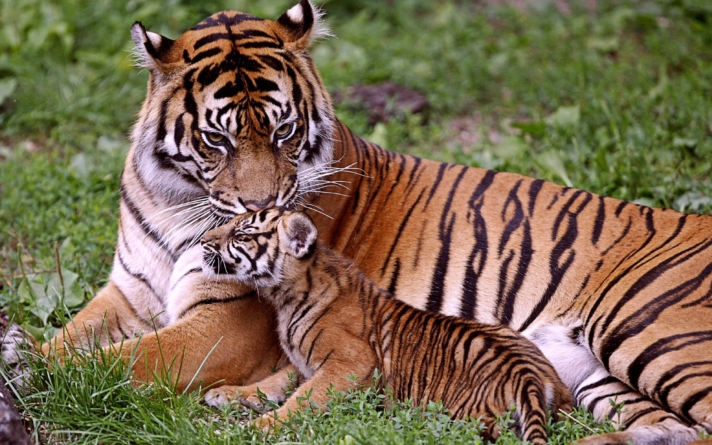 The oldest national park in India- Jim Corbett National Park, founded in the year 1936 earlier named as Hailey National Park to protect the species of Bengal Tiger. Established in Nainital district of Uttarakhand city, thus named after a renowned hunter, writer, and naturalist. The project tiger initiative started from this National Park. Moreover, the park comprised of around 488 diverse species of flora and fauna. With the rise of tourism, it’s unmanageable to maintain the ecological balance of the park. Therefore, The Jim Corbett national park has always been a prominent place for tourists who love nature and wildlife. However, natural surroundings kept untouched for animals by people. Thus tourism activity is allowed in a few areas where people can relish the lovely landscapes and wildlife.

At present, each season around 70,000 visitors come to the park. The park includes vast grasslands, large lake and mud landscapes. During winters nights are cooler but days are sunny and bright. Beautiful and dense forests cover almost 75 percent of the area which includes trees of haldu, sal, mango, peepal, and Rohini. There are around 50 mammals, 25 reptiles 580 bird species and around 110 trees.

Jim Corbett National Park home for more than 650 endangered species of diverse animal species. Covers the area of around 520 sq. km, consist of hills, muddy land, an enormous lake, and plains. The Park permits overnight stays to the public in some regions. One of the prime regions is Dikhala.

Dikhala placed at the border of Patli Dun valley, in Corbett region having a vast variety of wildlife. There are countless species of animals & birds and around 50 raptors species.  Hence considered as strong biodiversity of the region.

There is a number of options to explore the jungle which includes Jeep safari, Elephant safari, and Open Bus safari.

Elephant safari is the most enjoyable. How lovely is it to discover the jungle on an elephant back. The safari starts from Durga Devi gate of the forest reserve. The charges for elephant safari are 500/ person and 1500/ person for foreigners. 4 persons can ride one elephant in one round and covers the area of the region Bijrani. Timings for morning safari are 6:30 to 10:00 Am and in the evening it starts from 1:30 PM to 5:30 PM.

Discovering jungle through jeep safari is a fastest and quite comfortable mode. The charges are 7000 per jeep for foreigners and 3600 per jeep for Indians with only 6 persons allowed.

Mainly use for Dikhala region and those who wish to stay in the forest at night it’s the only option. The open bus service run two times a day.one at 6 am in the morning and second at 12 O clock in the Afternoon.  Five hours of adventure ride through open bus safari is extremely entertaining. The charges for Indians Rs. 1500 per Person and 3000 per Person for Foreigner it is INR. This 16 seat bus covers the Dikhala region.

The park is divided into diverse zones briefed below.

Most of the time Corbett has moderate weather. The Jim Corbett National Park allows the public to visit throughout the year besides the ideal time to visit Corbett is from the month of November to February as around the winter one can spot as many animals. However In summers, one can spot animals near rivers and lakes. During the month of June to August park is mostly closed.

Jim Corbett National Park does not have any airport nearby. The nearest airport to the city is Dehradun Airport, Uttarakhand. Roadways are one of the most preferred options for tourists to visit Jim Corbett. Instead of a private taxi, Jeep Corbett is widely popular among tourists to explore, for convenience in this area. Regular bus services and taxi or jeep services are available from these cities to help Jim Corbett make the trip quickly. Therefore, Located in the proximity of Jim Corbett, the three major railheads are Ramnagar, Kotdwar andGaushala.